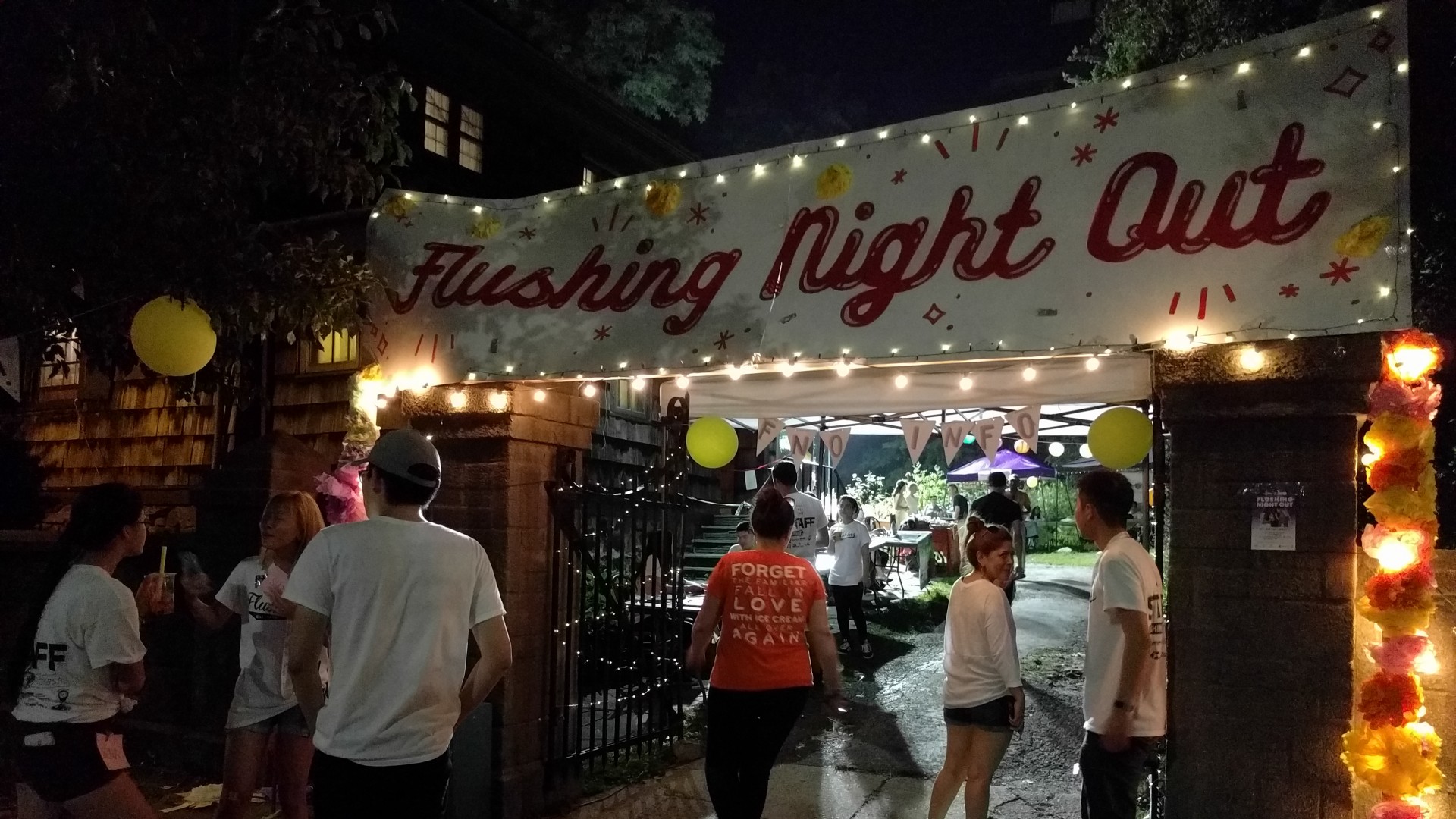 Asian Americans for Equality (AAFE), the Greater Flushing Chamber of Commerce, and the New York City Department of Small Business Services (SBS) today invited visitors and businesses to “Flushing’s World Fair,” a three-day expo on June 15-17, 2018. The Expo references the iconic 1964 World’s Fair through the prism of today’s contemporary global village of Flushing, Queens, and will feature presentations by experts in tourism, international cuisine, and social media as well as walking tours and a “Passport to Flushing” with special discounts.

The Expo will kick off on Friday, June 15, 10am, at the Sheraton LaGuardia East Hotel, with a keynote address by Marty Markowitz, vice president of borough promotion and engagement at NYC & Co., a forum on “Exploring The World of Tomorrow: The Future of Tourism in Flushing, Queens,” moderated by Rob Mackay of the Queens Tourism Council, and a showcase of local businesses and cultural venues as well as government agencies available to help small business owners.

“The Greater Flushing Chamber of Commerce is proud to partner with AAFE and SBS to bring this Expo to Flushing,” stated Taehoon Kim, President of the Greater Flushing Chamber of Commerce. “People from around the world have been coming here for decades to make Flushing, Queens, the most vibrant and dynamic community in the United States. The attention and admiration this Expo will generate for our amazing community is more than past due.”

Friday afternoon will also be filled with workshops on tourism and social media for small businesses and entrepreneurs seeking to tap into the growing market for authentic experiences and unique products and services – ranging from Taiwanese tea tastings to delicious South Indian dosas served up at the Ganesh Temple – found in Flushing, Queens, the fourth largest commercial district in New York.

“Flushing businesses offer an incredibly rich and diverse mix of culture from around the globe in one convenient location,” said Doris Koo, the Interim Executive Director of Asian Americans for Equality. “We want to share this jewel of the city with the rest of the world and give local businesses the support they need to tell their engaging stories.”

The weekend’s programming also features several walking tours of Flushing including an exploration of historic sites led by Dr. Jack Eichenbaum, the Queens Borough Historian, and a tour of the neighborhood’s diverse and delicious cuisine led by Joe DiStefano, Queens-based food writer and author of “111 Places in Queens That You Must Not Miss.”

The Expo will also launch the first “Passport to Flushing” weekend promotion with special discounts provided by some of the area’s best local restaurants, cultural venues, and retailers. Passports will be distributed to visitors to the neighborhood that weekend as well as participating venues. Visitors access the special discounts bringing their Passport and getting it stamped at participating restaurants and venues.

“Whether you’re looking for amazing food, meaningful history, or world-class shopping, Flushing has something for everyone. Flushing’s World’s Fair will be a great opportunity for visitors to get a first-hand look into the emerging industries our community has to offer. We also invite those who already know us to rediscover Flushing and explore a neighborhood that is constantly evolving. Thank you to AAFE, the Greater Flushing Chamber of Commerce, SBS and all the community partners who came together to promote the real New York experience,” stated Councilman Peter Koo.

The Greater Flushing Chamber of Commerce, AAFE, and SBS expect the weekend Expo, Passport, and other programming to draw some 500 visitors to Flushing to experience the neighborhood’s world-class restaurants, cultural venues, and hotels and learn why Flushing is not only the most diverse neighborhood in the World’s Borough, but a growing destination for both international tourists and cutting-edge global businesses.

The Greater Flushing Chamber of Commerce is a nonprofit membership association that fosters the economic growth, inclusive diversity, and shared prosperity of our community through advocacy, networking, and education. For more information, visit flushingchamber.nyc.

The “Flushing’s World Fair” expo is funded by SBS’ Neighborhood 360° Program, which was created by SBS to identify, develop, and launch commercial revitalization projects in partnership with local stakeholders. Through this program, the Chamber and AAFE launched a three-year district marketing campaign called Flushing Fantastic. The Expo celebrates the end of the first year of Flushing Fantastic.

“Strong neighborhoods are the backbone of our city, and the $1.55 million in investments to Flushing is going a long way towards revitalizing key commercial corridors,” said Gregg Bishop, Commissioner of the NYC Department of Small Business Services. “By working with Asian Americans for Equality and the Greater Flushing Chamber of Commerce, we are responding to local needs to support small business growth and build more vibrant neighborhoods for all New Yorkers.”

SBS helps unlock economic potential and create economic security for all New Yorkers by connecting New Yorkers to good jobs, creating stronger businesses, and building vibrant neighborhoods across the five boroughs. For more information on all SBS services, go to nyc.gov/sbs, call 311, and follow us on Facebook, Twitter, and Instagram.